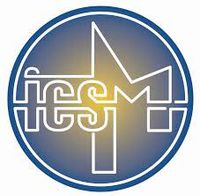 Institute for the Separation Chemistry in Marcoule (ICSM)

Created in January 2007, the Institute for the Separation Chemistry in Marcoule (ICSM) is a Joint Research Unit (Unité Mixte de Recherche UMR 5257) between CEA, CNRS, UM, and ENSCM. The building has been inaugurated in June 2009 with laboratories opened in the Fall 2009, and has obtained authorization to start experiments including a few grams of depleted uranium and natural thorium in January 2010. Last take-off was from our theory group, who started in October 2009. Separation chemistry, a branch of physical chemistry, is a key part of the "green chemistry". The science required is the emerging "Nanoscience" as defined by Bernard Bigot (Haut-Commissaire à l’Energie Atomique at the launching of the ICSM as a project in July 2004). The last scientific report 2011 – 2014 (click here to download) gives an overview of the work published and submitted since January 2011. The 8 active research teams still work in the direction of the scientific open questions as defined and published by the French Academy in 2007